I forget to take further pictures while working on my oasis, so can only show the final result here now. But construction went like this:


This is what it looked like at GothCon, with palm trees and some bushes added 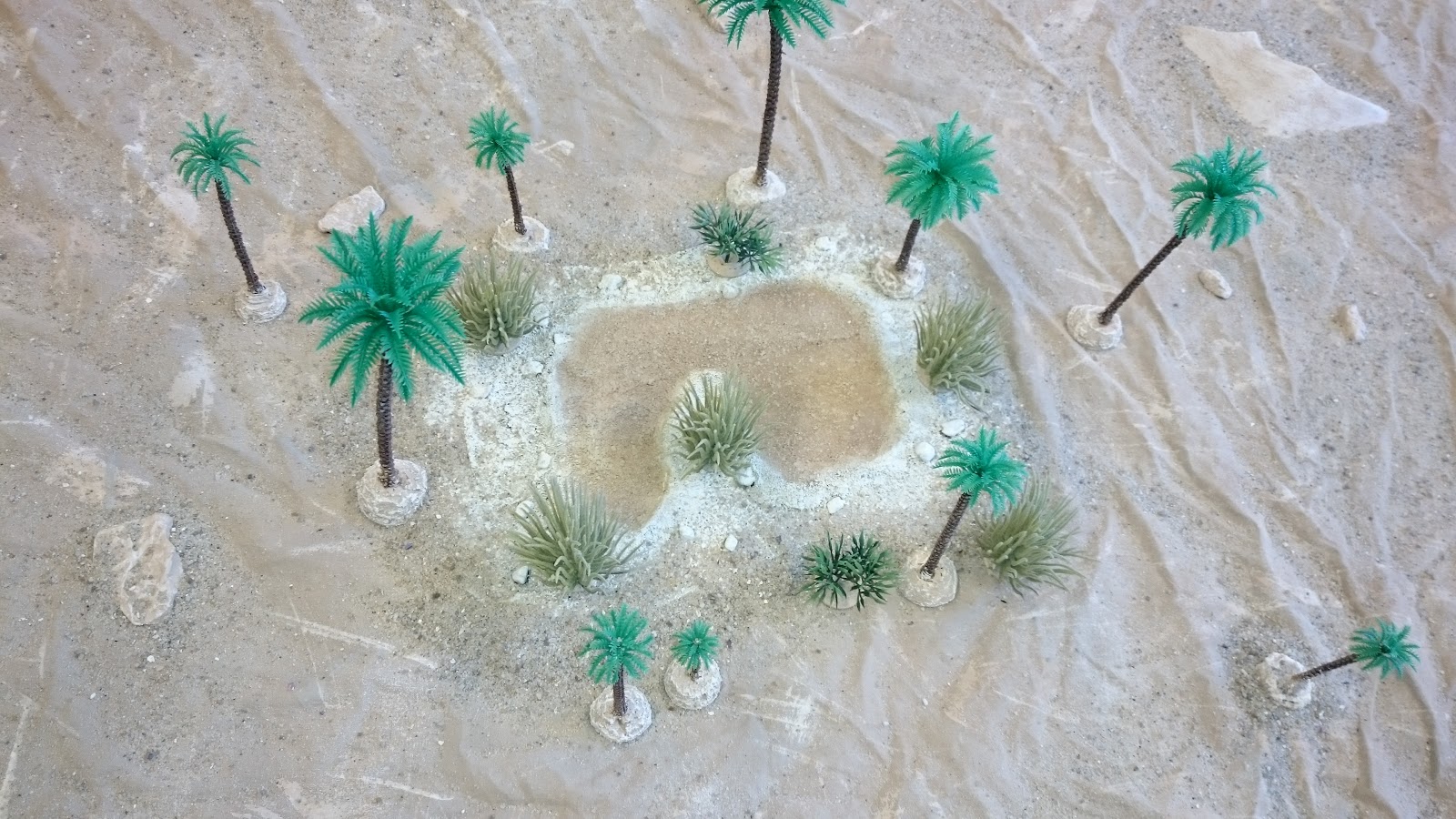 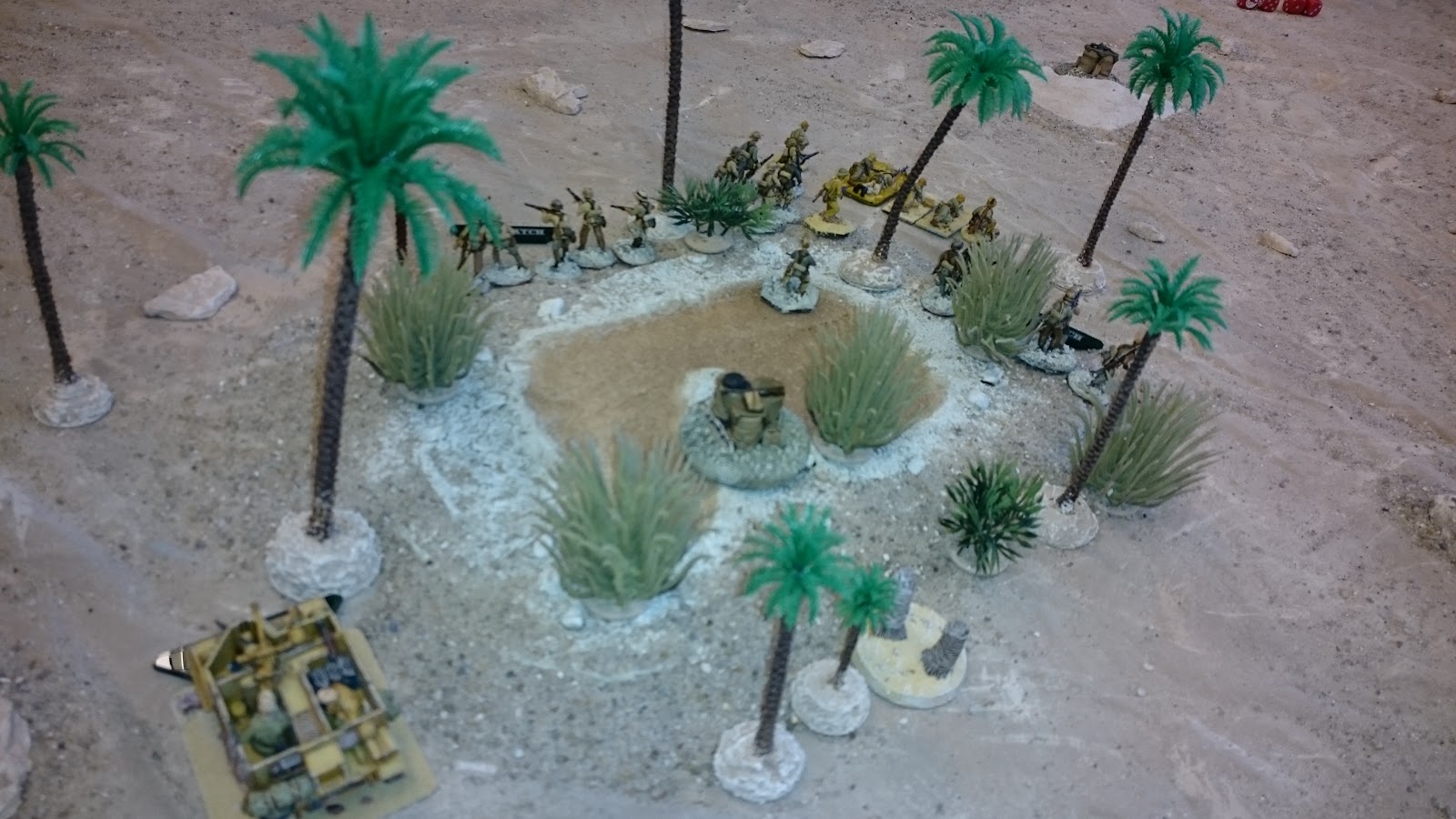 I feel it turned out well in the end, but I would do some things differently now...

It did look very good on the table. Most of the time it was the centre of all fighting, so it must have been well done...

Yep, if the number of people who die for your terrain piece is any indication of how well made it is, yours gets a AAA rating!

Where did you get the palm trees Koenie?